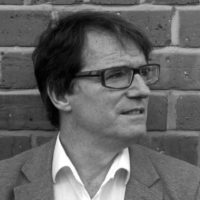 Barry Sheehan is the Head of Design at the Dublin School of Creative Arts at the Dublin Institute of Technology in Grangergorman, Dublin, Ireland. Graduated from School of Architecture in Bolton Street, he also holds a Masters in Professional Design Practice from Dublin Institute of Technology. A fellow of the Royal Institute of the Architects of Ireland, Barry has been involved in the design of numerous projects from architecture and interior design to graphics, multimedia and product design. His work has appeared in magazines and newspapers as well as on television. Barry is a regular commentator on design matters in the national media. He has judged many design awards including the James Dyson Awards, the Institute of Creative Advertising and Design awards as well as the Art Directors Club of Europe Awards and the China International Design Biennial. He writes a running blog dedicated to the works of James Joyce, www.jj21k.com. Barry is actively involved in numerous design organisations. He has been keenly involved in Dublin’s bid for World Design Capital and is a PIVOT Dublin partner. He is the President Emeritus of the Institute of Designers in Ireland.