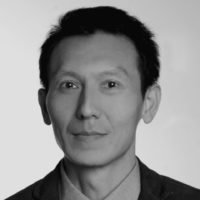 Xiao Yong is a Professor at School of Design in Central Academy of Fine Arts, China. He also holds position as Academic Dean at Gengdan Institute of Beijing University of Technology, China. Actively involves in international design association, Xiao is an Executive Board Member of Cumulus Association (2016-2019) and Former Vice President at Icograda (2009-2011). Graduated from University of Art and Design Helsinki and used to be a Visiting Scholar at Staatliche Akademie der Bildenden Künste Stuttgart, he taught and lectured in more than 350 universities in China and internationally. As a distinguished Graphic Designer, Xiao was awarded as one of the Top 10 Chinese Design Figures. His works are featured in international design media and collected by art museums. Some of his prominent projects include Medal Design of Beijing Olympics 2008, Logo Design for Cumulus Green, Pure Finland, Chinese Home Service; Olympics Stamp Design: From Beijing to London (joint issued by China and UK); Identity Design for Beijing Olympic Festival, and many other significant works on international level.